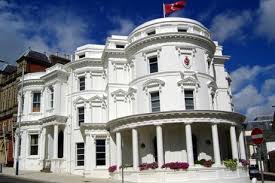 I don’t normally do a ‘post Tynwald’ blog but as it was the last sitting of the Parliamentary year I thought i’d give it a try.

It was a long sitting this month and after a very short ‘debrief’ in the Prospect I manged to get back home for just before midnight.

It’s safe to say though that a lot of positive steps were taken this month, some of which were:

Other great news was that the Equality Act received Royal Assent on the sitting day- it’s a real privilege to have my signature on that Act and i’m committed to ensuring that implementing it is as simple as possible for everyone.

It was a long and involved question time with 26 for Oral answer and a further 25 Written covering a huge variety of topics.

I was disappointed that the Treasury Minister ruled out looking at tax relief schemes to encourage investment in local companies. In the UK the Enterprise Investment Scheme (EIS) provides benefits for ordinary folk who want to invest some of their money in local businesses and I think a scheme like that would give our Island a boost. Luckily i’m a stubborn sort so I’m not going to let it go quite that easily.

A Work permit consultation was announced – something I’ve been pushing for since I was elected. I talked in my manifesto about cutting red tape for businesses and this it he first step to doing that. I believe work permits have a place to protect some of our sectors, but the process needs to be streamlined and areas where work permits don’t add any value should have the requirement removed.

A commitment was made to keep the Minimum Wage at least in line with the UK, something i strongly support – actually, in my view we should be setting out a targeted annual increase over 5 years so that businesses and employees have some certainty and can plan ahead.

We found out that the Police (Detention and Bail) Bill was rushed through this year because Home Affairs received some bad legal advice six years ago.

We also found out that the independent report into the ‘Scottish Power’ issue had been published, and that whilst the Treasury Minister did not agree with my assessment he is taking the issue seriously.

Disappointing from the written answers was that it turns out the earliest the Manx Gas Agreement can end is 30th June 2019, so i’ll be following up with the OFT how this matches with the Chairman’s commitment to deal with this “sooner rather than later”

It was interesting to note the different workloads of the various Scrutiny Committees, Environment and Infrastructure is looking at IRIS and Public Accounts is looking at the Hospital Overspend but the Social Affairs Committee has three significant investigations ongoing.

There were also some disappointments, Tynwald decided that whilst reviewing MLC and Civil Service pay structures was essential, for some reason MHKs shouldn’t be included in this? Not to worry though, I’ve called for a combined vote for October when there should be enough of a majority to push through a cost neutral review of MHK pay over the objections of the Legislative Council (although why they are opposed to MHK pay being looked at is beyond me)

I was also disappointed that Members decided not to give the Select Committee on the Functioning of Tynwald clearer direction regarding two items (whether the Bishop should have a vote and also whether MLCs should vote for the Chief Minister) – for some reason a number of Members decided to vote differently this month to how they voted on exactly the same motion last month. I’ll never understand the logic of some people.

It’s important that the Committee doesn’t waste the summer and only come back with more ‘recommendations’ – we need action and not just more debate.

These items aside motions from the other Member’s included a very compassionate and reasoned position from Mr Baker (Ayre and Michael) asking for a Select Committee to look at whether our procedures on how looked after children are protected from abuse are adequate, stemming from some historic issues – a motion I was happy to support, even though I believe we’ve come a very long way over the last thirty years.

The motion from Mr Cretney MLC asking for a Select Committee to look at how we protect our built heritage, stemming from a 2015 Petition from Mr Charles Guard, was another very sensible one, and both Mr Cretney and Mrs Caine (Garff) made extremely good points in their speeches. The only thing that made me vote against was that DEFA had already circulated a copy of their work streams that were addressing the issues – and from what I could tell all of the points raised were already on the agenda to be looked into by the Department. No one can argue that this has been a long time coming, and I shall be watching with interest to see if DEFA stick to their promises – if not I expect Mrs Caine or Mr Cretney to bring their motion back later in the year.

On the other end of the scale was a motion from Mr Cregeen (Arbory, Castletown and Malew) asking that the Swearing in of the Lieutenant Governor be moved back to Castle Rushen. As he confirmed that there would be no additional cost as a result I had no issues supporting this, it seems a very minor thing to me but obviously it’s a matter of some importance to the South.

A good way to end my first Parliamentary year.