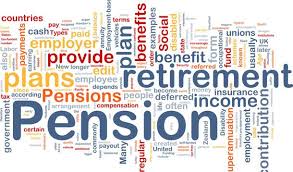 One of the most significant issues facing the next administration will be how they deal with the issue of public sector pensions (not the state pension) and as this should be their first priority it is the first issue I intend to address.

If we do nothing, then by 2020-21 the Pension Reserve will be empty and the government will have to take £50 million from it’s general revenue just to pay pensions just in that year. This figure rises to £63 million in 2021-22 and will keep on rising.

Total “Net” government expenditure is around £565 million so this means in 2020 pensions will cost around 10% of net government spending. Which could mean corresponding cuts of 10% across government just to pay for pensions.

This shows a serious cashflow issue in the public sector pension schemes and the only way to solve it is a combination of increasing money into the scheme and decreasing money leaving the scheme.

The Treasury Minister states in the 2016 Budget:

“It cannot be over emphasised how important it is, for Government and its staff, that an affordable solution to the long term funding of public service pensions is achieved.“

So what can be done? Here’s my thoughts on a potential long term solution:

Please bear in mind that this is a very high level summary of the proposal, I don’t have access to all the information required to produce a more substantive and detailed scheme.

The current Defined Benefit (“DB”) schemes should be closed immediately to all members. All benefits earned to date would be frozen so they are protected. This means everyone who has been working hard and paying into their pension will keep what they have already earned.

This will stop the liability from growing any further.

The existing scheme (now closed) would be replaced with a normal Defined Contribution (“DC”) scheme. This sort of scheme is cheaper for Government as people only get out what they put in, and is the most common type of pension scheme in the private sector.

All employees would pay into this scheme so they can continue to build up a pension.

The problem with closing one scheme and opening another is that the money going into the closed scheme would immediately stop and this would cause serious issues.

So now here’s where it gets a bit complicated

Normally all money paid into a scheme like this would be used to purchase investments for the scheme members, however in this case as the cash being paid in is needed to pay for the current defined benefit scheme this won’t be possible. Just because the old scheme is closed doesn’t mean the expenses go away – not until all the members of that scheme have stopped drawing their pensions.

The cash paid in to the new scheme would be transferred to the old DB scheme to make payments out but the new DC scheme would record the investments as if they had actually been purchased (so they would be “notional” investments). This scheme would track the performance of these investments, so the value would go up and down with the market, just like the value of actual investments.

The payments being made out of the current DB scheme will peak as people continue to retire but will then begin to drop off until they eventually cease entirely. At some point after the peak a decision will be made that the payments out of the DB scheme have reached a sustainable level. This payment level will then be fixed, any difference between the DB payment required and the fixed sustainable payment level would then be invested in the new DC scheme to reduce the “notional” portion of the investments. This would continue until the scheme is fully funded and would turn the notional scheme into a normal fully funded Defined contribution scheme.

The intention is this would be a transitional stage between the current unfunded DB scheme to a fully funded DC scheme, which would be a long term solution to the pension problem.

But what about the short term?

Whilst this proposal maintains the payments into the current scheme whilst reducing the long term liabilities it doesn’t address the core short term problem – which is the scheme either needs more money in, or less money out. This is because there is already a difference between the amount being paid into the scheme and the benefit payments being made out.

This is why the long term proposal would have to work in conjunction with reforms to the existing DB scheme as well, as otherwise the required payments out of the DB scheme still have the potential to do significant damage to public finances.

This means either increasing employee contributions or reducing the amounts retirees are taking out of the scheme, possibly by encouraging members not to take lump sums (or smaller lump sums) and maybe even encouraging some of them to transfer their benefits into the new DC scheme and accepting lower benefits in the longer term.

The most important thing for any changes to the existing scheme is that they need to be agreed with it’s members and need to be fair on both them and the taxpayer who will be funding any deficit.